Direct mail at first glance might appear to lack the glitz and glamour of digital marketing, which a few decades ago burst onto the scene with the promise of fast, inexpensive and highly personalized campaigns.  As direct mail technologies have evolved, however, and as email inboxes have exploded with offers, many marketers are finding that targeted direct mail can cut through the digital clutter and deliver many of the same advantages that companies enjoyed from online marketing.  In addition, with many offices closed during the pandemic, physical mail is often reaching people when they are home — and perhaps providing a diversion from the daily routine.

Many of these consumers also welcome their mail as a point of contact with the world outside their homes, said John Sisson, president of HBT Marketing. “The good thing about mail is that you can touch it, and that makes a difference, particularly now, when we can't even really touch each other,” he said.  Although direct mail volumes were down significantly in the second quarter amid the contraction of the economy, the decline was not as sharp as some in the industry had feared, according to research from SeQuel Response. Year-to-date, volume was up after a strong first quarter.  “As we move through the third quarter and into the fourth, we’re experiencing a continued increase in mailer sentiment, signaling a modest but steady rebound in the channel,” said Erik Koenig, SeQuel’s chief marketing strategist, in the report.

consumers based on their online behavior, Sisson said. One of HBT Marketing’s direct mail clients, tax return services company H&R Block, has seen some strong results from direct mail targeted at past customers. “Direct mail works OK as an acquisition tool, but it really performs best when we talk to existing clients about coming back to get their taxes done,” said David Hussong, senior manager of CRM (customer relationship management) and direct marketing at H&R Block, which mails out 10 to 12 million direct mail pieces each year, supporting its approximately 10,000 tax preparation offices.

H&R Block uses analytics to score customers based on their likelihood to come back to the company to get their taxes done. Those customers at higher risk of not returning — one-time users of the service, for example — are more likely to receive a direct mailing than a customer who has been a regular year after year. “It really makes no sense to mail to these clients that are going to come back anyway,” Hussong told CO—. “It’s with those clients who are are at a high risk of not coming back that we see the most traction with mail.”

If direct mail can boost customer return by even 1%, it can drive a large incremental increase in revenues, he explained, based on the high volume of customers that use the service. In the last few years, H&R Block has tested a campaign in which it encloses referral coupons in its direct mail pieces offering customers a discount on their taxes if they convince someone else to use the service. The new customers receive a $25 discount on their taxes when referred by an existing client. “We found some really good results with that,” said Hussong. We got a couple of hundred thousand new clients out of it.

A new era of direct mail

Sisson of HBT Marketing said the use of analytics and targeting, and the growing ability to accurately connect consumers’ online behavior to their physical address, is ushering in a new era of direct mail that is much more targeted, and therefore, effective. Whereas direct mail historically has featured mass mailings with little variation between the pieces sent to different consumers, digital printing and other technologies have enabled more personalization of physical mail tailored to individual customers. “It's not worth reaching out to people if you don't know who the audience is,” said Sisson. “That's for any marketing, not just direct mail.”

The direct mail process has also become much faster, thanks to technology, said Tatiana Afanasyeva, head of marketing and growth at Lob, which provides marketing services to companies. “In the past, the direct mail process was completely manual, and it could take you up to a month, or even longer, to get campaigns up and running,” she said. “Now you can get a campaign up and running within an hour, and your mail gets there within two to four days, while it’s still relevant.”

Afanasyeva said she’s seen more companies using direct mail as part of their marketing efforts, and brands that have already been using it doing so even more. “Even [brands] that have maybe never even considered it are now starting to think about it as another way of connecting with consumers,” she said. Lob offers marketers a system whereby certain customer activities can trigger specific, targeted direct mail responses, Afanasyeva explained.

Rather than sending out direct mail in mass, homogeneous batches, brands are instead refining their approach with more personalized communications. A customer who abandons a shopping cart on an e-commerce site, for example, might immediately be targeted with direct-mail follow-up.

Direct mail has also become easier to track after it has been sent, thanks to scanning technologies in the postal system that allow marketers to have a better handle on when their mail pieces will arrive at individuals’ homes. This allows brands to coordinate their mail and digital campaigns, so that, for example, a marketer can send an email notifying a customer to look for something to arrive in the mail that day.

Underwear brand ThirdLove had success with a direct-mail campaign using Lob’s technology, according to Afanasyeva. The company leveraged direct mail to reach out to customers who unsubscribed from ThirdLove’s email list and offer them a discount code.

“They saw incredible lift from that campaign,” said Afanasyeva. “What they found is that when people unsubscribe [from email lists], it's not because they don't want to have a relationship with your brand. Sometimes they're just overwhelmed by email.”

Zogics, a B2B e-commerce company that supplies workout equipment and other products and services to fitness facilities, also used direct mail to reach out to former customers who had stopped responding to email.

The company leveraged direct mail services provider Postalytics to conduct a campaign that integrated a direct mail postcard campaign with its existing CRM system so that it could track responses and capture relevant data, according to a Postalytics case study.

After large (6-by-9-inch) postcards were mailed automatically to customers based on specific triggers, Zogics recorded a 500% increase in its return on investment and a 140% increase in order volume, according to Postalytics, as well as savings in time, costs and manual effort.

14 Ideas for Clever Conversation-Starters at Meetings and Events 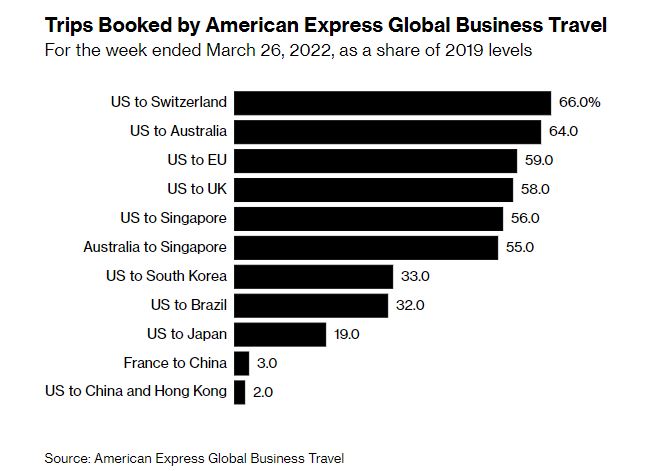