Event Attendees to Return Sooner Rather than Later

Optimism about the events industry is transforming from anecdotal to data-driven. A new report from Freeman, which has been tracking attendees’ temperatures about returning to face-to-face gatherings for the better part of a year, shows the strongest signs yet that the great recovery may happen sooner than later. While virtual aspects of shows won’t disappear with COVID-19, the eighth iteration of Freeman’s research since the pandemic began shows the highest willingness yet to attend live events. Key findings include:

The last bullet is particularly noteworthy, said Ken Holsinger, Freeman’s senior vice president of strategy-data solutions. Freeman’s initial wave of research indicated that 92% of respondents would return to face-to-face without a vaccine. The speedy delivery of the vaccines has had the desired effect, giving a shot in the arm to an industry decimated by a disease that forced nearly everyone to stay in their homes and on a computer for 14 months.

The study tracked responses from a pool of about 1 million event professionals and has a margin of error of just over 1%. In other words, there is reason for optimism “unless God forbid, something changes our course,” Holsinger said.

Other data backs up Holsinger’s assertion. The latest of monthly studies conducted by Knowland shows average attendance numbers are rising closer to 2019 levels than at any other time during the pandemic. Knowland’s numbers reveal that April U.S. group meetings volume increased 58.5% from March. Additionally, its study found:

Freeman survey results show a best-case scenario in which attendees are planning to attend eight in-person events in 2021, compared with the pre-pandemic average of about six. Other patterns will change, too. What is considered driving distance has dramatically risen from 300 miles to 900 miles, Holsinger said

Education will be presented differently, too. Holsinger points to a Chicago event that Freeman is producing this fall. There will be some live sessions but fewer than normal. After the show, a greater amount of programming will be available online to give the hybrid part of the event its just do.

“We’re making it the best of both worlds,” he noted.

Holsinger is the first to point out that the behavior Freeman is tracking does not necessarily represent a seismic shift in the events industry. He described 2021 as a “bridge year” and that trends Freeman has tracked represent the first stage of the recovery.

That said, he sides with the group who believes in-person and virtual audiences should not only be treated separately but also communicated with at different times. He used sports as an example, adding in April Walsh, senior manager of industry relations at Freeman, for good measure.

“If April and I were to get courtside tickets to see the Lakers play and our friends were watching at home, how much interaction would we have with them during the game?” he asked rhetorically.

Holsinger predicted the boom in attendance to begin later this year, once would-be attendees have made up for last year’s lost family vacations. With confidence in travel returning, that summer buffer zone bodes well for the second half of 2021. 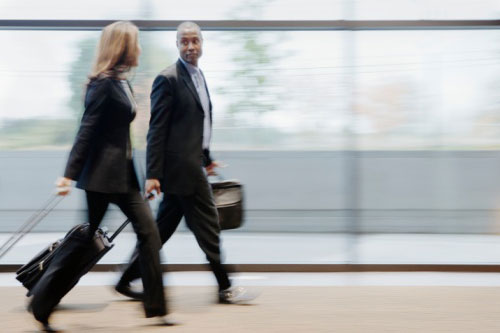