A great article from TSNN about the growth of our industry:  More than 150 trade show leaders, industry suppliers, investment bankers, media and economists gathered last week at the JW Marriott in Chicago to look deep into a crystal ball for the Center for Exhibition Industry Research’s Predict: Annual Exhibition Industry Outlook Conference. Britton Jones, president and CEO of Business Journals Inc. and chairman of CEIR, greeted everyone and said, “Thank you for taking the time to be here in Chicago for our biggest event yet.”The purpose of CEIR Predict is exactly what it sounds like; the sessions focused on where the industry is now and where it’s headed in the future.

First to take the stage to discuss the “Global Economic Outlook and Impact on the Exhibition Industry” was Amir Sufi, Chicago Board of Trade professor of Finance and co-director, Initiative on Global Markets, University of Chicago Booth School of Business. 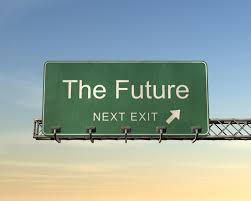 Sufi focused primarily on household spending as an indicator of the overall health of the U.S. economy. Pointing to the years leading up to the 2008 start of the recession, he said, “There was a four-letter word to describe it – debt.”

Even though the recession is firmly in the rearview mirror, Sufi said what he still was concerned about was the recovery has been very slow going. “We saw a very weak recovery in household spending,” he added.

Sufi also talked about two other issues that raised red flags for him – a lot of people currently were buying autos with subprime auto loans and student debt was skyrocketing, up to $1.4 trillion last year from $300 billion in 2004.

There were some positive economic trends as well, though, such as wages have started to increase for the first time in a while, and lower gas prices also were helping out.

In the global economy, the biggest problem that Sufi pointed to was slowing growth in China, dropping from 7 percent annually to around 3-4 percent currently.

Even so, he added that he was “pretty positive” about China in the long run, but not in the next two or three years.

Within the trade show industry, CEIR President and CEO Brian Casey said the first half of 2015 started off strong, with growth in the CEIR Index, which uses four different metrics reported by shows, increasing to 4.5 percent in the first quarter and 3.8 percent in the second quarter. The second half of the year, however, is predicted to be a little slower, with overall growth for the year ending up around 4 percent, he added, with 2016 and 2017 seeing even bigger increases.

For the next session, “Head or Tail Winds?”, Nancy Walsh, CEO North America, Reed Exhibition,s polled the audience on how many were positive or negative about where the industry was headed right now, and most, by far, said they were positive.

Some headwinds that CEIR Predict attendees were experiencing involved slowdowns in business the second half of this year, grappling with downturns in attendance in government meetings and energy markets seeing losses.

That evening, everyone headed to a networking reception at Workspring, a “designed environment that promotes well-being and provides a unique venue for meetings, training, professional development, business event and co-working.”

The next morning everyone gathered again for another session - “What We See – Change!” led by Marc Pomerleau, FreemanXP’s vice president of strategy.

He pointed out that change was occurring all around at lightning speed, some of which was being driven by new technology, including 3-D printing, flexible displays and driverless cars, to name a few. Change also was occurring in societal trends, such as 1 in 6 people have met and married from online.

Pomerleau also said that “marketing will become hyper personalized”, with people expecting to be engaged in a more authentic way.

The Internet also has opened up the world to a new way of gaining knowledge, as well as leveling the playing field in which anyone can be an influencer.

Even with the power of virtual, Pomerleau quoted Will Dean from Tough Mudders, where people gather to race through mud-filled obstacle courses, as saying “Experience is the new luxury good”; meaning people still want to meet face to face.

He added trade show organizers should consider how they could create a unique and memorable experience at their own events.

The next speaker, Bruce Mau, co-founder of Massive Change Network, talked about how there’s that moment when the Disney parks open and all the kids line up excited beyond belief - then the rope drops, and they all run into the park. “What’s your rope drop?” he asked the room.

Mau encouraged CEIR Predict attendees to rethink the design of their shows and try and engage people using all of the senses. “You have the opportunity to immerse someone in an experience,” he added. “We have to think about our business in new ways. Our real product is memories, not booths.”

David Saef, executive vice president, Strategy & Marketworks, GES, led the next session – “Innovating Brand Activation at Trade Shows” – and focused on how shows and exhibitors worked together to have a successful event.

Karen Gebhart, vice president of business development for the Helicopter Association International, said collaboration with exhibitors was key and the earlier it starts, the better.

She advised to “be careful of new technology” because sometimes it’s a moving target, but added that the best Wi-Fi for the lowest cost should be just a “fundamental” part of any show experience.

The last session of the day was moderated by Don Pazour, CEO of Access Intelligence, and focused on “Business Models of the Future.”

Galen Poss, vice chairman of dmg::events, said, “We are not in the trade show industry, we are in the face-to-face connection industry.” He added that the only thing any trade show really owns is databases, a brand and customer loyalty.

“You have to constantly deliver a quality product,” Poss said.

Greg Topalian, president of LeftField Media, agreed that change was coming, adding, “I think we should be the disruptors, not let it just happen to us.”

As far as how the future of the trade show industry looks overall, Mau summed it up best: “For me, the opportunity couldn’t be bigger. The more distance created by technology, the more you want to be together.” 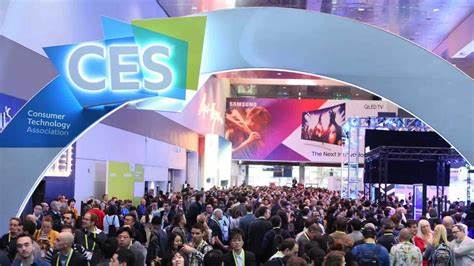