Sales is a language game even when you are standing in your booth and drawing in prospects.  Salespeople use words to demonstrate value, identify business pain, create a sense of urgency, and close deals. Unfortunately, many salespeople also use words to ruin their chances of winning a deal. Too much of sales depends on chance. Don’t lose a deal because you weren’t careful with your words -- using any of the below 19 phrases in emails is a major mistake.

There are two fatal mistakes here: an apology and the insinuation that you’re being interruptive. 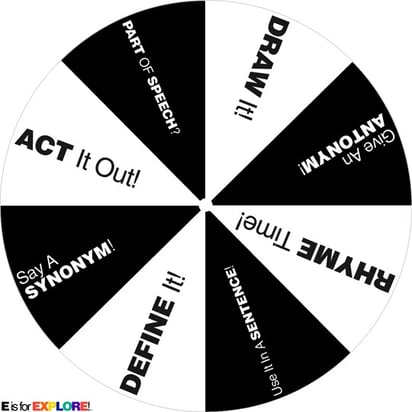 If you’re reaching out for a good reason, you have no reason to apologize. Saying “sorry” creates the impression you’re weak, when you should be projecting confidence and authority. And if your prospect didn’t think you were bothering them before, they certainly do now.

If you’re truly being interruptive because you have nothing to offer or didn’t do your due diligence, don’t reach out at all.

Explain exactly what your prospect should expect to get out of the call to turn this bad phrase good.

3) “I thought you might be the right person to connect with.”

There’s no excuse for not knowing who the correct point of contact should be. Even a simple LinkedIn skim should tell you what a prospect’s responsibilities are.

4) “Could you direct me to the right point of contact?”

This request is usually the follow-up to #3. It’s bad etiquette to ask your prospect for a favor because you haven’t done your job. If you’ve scoured LinkedIn and actually couldn’t find anyone who fits your buyer persona, at least let your prospect know and make a specific ask. For example:

I couldn’t identify based on a LinkedIn search who would be the correct person to reach out to about [your product's capabilities]. Could you put me in touch with the person who’s responsible for [areas relating to your product]?

Well, is it? That depends.

If you’re calling to advise your prospect on a problem they’re having and you’ve demonstrated that you are a source of valuable information, it’s a great time to connect. If you haven’t established value, it’s a waste of your prospect’s time. Instead, lead with what you hope to offer your prospect.

Nope, you can’t. Don’t ask permission to list features of your product. Instead, be so helpful that your prospect naturally wants to know more. If you have to ask whether it’s okay to talk about your product, you haven’t provided enough value.

Any communication you have with your prospects should have an objective, and “just checking in” isn’t good enough. At minimum, you should provide a reason for checking in.

For example, if your prospect said they’d get back to you by Monday, and it’s now Thursday, it’s fine to send in a check-in email.

But don’t employ this phrase as a crutch when you don’t have anything to talk about -- it’s a waste of your prospect’s time.

What you (hopefully) meant: “I want to learn more about your business pain, so I can provide advice and a potential solution.”

What your prospect heard: “I want to give you an elevator pitch.”

Don’t give your prospect the opportunity to assume the worst. Let them know that your intent is to gather information from them, not shove it down their throats.

Like “just checking in,” “touching base” isn’t necessarily bad if deployed in the right context. But if you aren’t providing new information or following up with new information, there’s really nothing for you to “touch base” about.

Any sales phrase that starts with what you want is a no-no. Sales isn’t about you, it’s about what you can do for your buyers. So take the focus off yourself and make sure that you’re ending any sentence that starts with one of the above phrases with how you can help your prospect.

"Whenever I hear a salesperson on my team say this one, I usually ask them 'Who gives a sh*t what you want?'," Databox CEO and former HubSpot sales VP Pete Caputa writes. "Your prospects don't care about you. They care about themselves, their needs, and their own agenda."

While many reps use this phrase as a way to get prospect buy-in, Caputa suggests including prospects in the agenda-setting. Here’s his strategy for rephrasing an “I’d like to” ask:

My suggestion is that we discuss how HubSpot has helped other high-growth SaaS software companies who were struggling to get past product/market fit. Given you mentioned that as your main struggle the other day, I’m wondering if that sounds like a good agenda from your perspective?

“If your prospect isn’t the sole decision maker, you’re going to make them uncomfortable -- not to mention you’re suggesting they’re not worth talking to unless they are a decision maker, which is both shortsighted and rude,” Tyre writes.

This phrase sets off alarm bells for savvy buyers. Were you lying before? You’ve presumably been honest this entire time -- why call it out now? Cut out this filler phrase from your vocabulary if you want to retain credibility with prospects.

“Trust me” is almost as insidious as “To be honest.” Your prospects will trust you if you’ve proven yourself over time, not if you passive-aggressively tell them to. If you say this in response to a prospect question, it can also come off as condescending and evasive. Stay away!

While the budget question is certainly important, bringing it up too early can unnecessarily hamstring reps.

“Asking a company whether they have a budget for your offering early in the process, before you've differentiated yourself, is silly,” Caputa writes. “If they want to keep talking to you, they'll say they do. If they don't want to keep talking to you, you just gave them an easy out by letting them say 'No.' You’ve also opened the door for premature negotiation -- ‘You're way too expensive compared to competitor X.’”

You might be trying to reassure your prospect, but what you’ve really done is set yourself up to condescend to them. While you might think a concept or feature might be simple, a prospect who doesn’t grasp it immediately and has been told it’s ‘really easy’ is going to feel stupid. Never assume a level of proficiency or make similar statements that have implicit judgment attached.

Don’t ever be defensive.

Many prospect objections are simply requests for information. The onus is on you, the salesperson, to persuade the buyer of something. If they don’t understand what you’ve told them, you haven’t done your job. Saying, “That’s not what I meant” doesn’t further your prospect’s understanding of … anything. It’s just argumentative.

I know these acronyms because I work in an industry where they’re commonplace. And you no doubt are up-to-date with all the lingo, acronyms, and jargon that your industry uses. But don’t ever assume your prospect knows what you’re talking about.

Secondly, relying on jargon and acronyms makes you sound … well, not human. Avoid buzzwords in sales and use real words to explain what you mean.

Your prospect’s knee-jerk response to this statement is, “Oh, you do? Too bad.”

Their annoyance is justified. You’re not even asking if you can discuss what you’re selling -- you’re telling them.

In addition, the buyer has no reason to believe they’ll get value out of this conversation. It’s clearly meant to benefit you, not them.

Want to avoid sounding like the stereotypical, sleazy salesperson? Don’t say this. It’s clearly manipulative, since you’re never going to use it to introduce a fact that’s not true.

Instead of being rhetorical, come straight out with whatever you want your prospect to know.

Before: “What if I said you could double your referral rate in six months?”

After: “87% of our clients double their referral rates in six months.”

Before: “What if I said your online reviews are costing you upward of $5,000 in business every week?”

After: “Based on our data, your online reviews are costing you upward of $5,000 in business every week.” 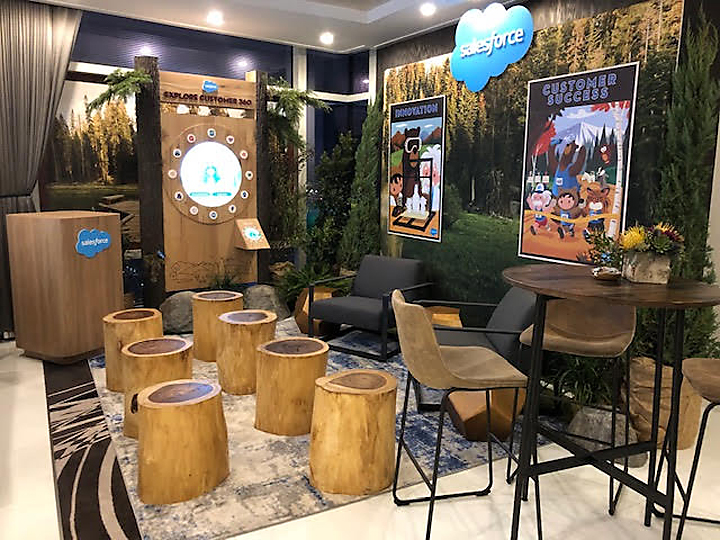