Who’s ready for a trade show? Poll shows there’s hope for McCormick Place and other halls.

Since the pandemic struck Chicago six months ago, McCormick Place — the largest convention center in North America and an enormous economic engine for the region — has been a ghost town. But behind the scenes, the facility’s owner, the Metropolitan Pier and Exposition Authority, recently was accredited to resume hosting in-person events, when the state allows. Trade show associations and exhibitors are likewise eager to get back to business. Virtual meetings, I think we all can agree, are a weak tea substitute for the real deal.

The question is: Are the 1.5 million-plus visitors who used to come every year from far and wide to attend McCormick Place’s conventions, fairs, expositions and meetings ready to return?  A national survey we just completed at the Harris Poll offers some uplifting news for everyone who depends on McCormick Place. While attendance may never fully rebound, most people who traveled to trade shows before the pandemic say they’ll be back. A third of respondents, in fact, say they’d be comfortable driving to an in-person confab immediately, and that vote of confidence rises to more than half if the convention site imposes risk-reducing 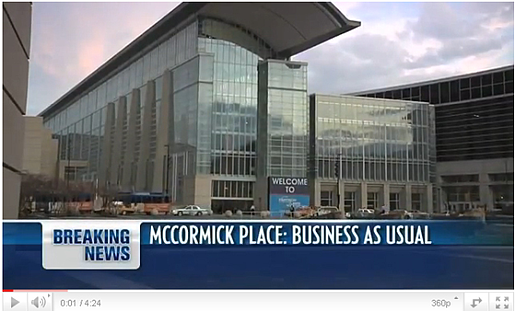 In our poll of American adults, we also found that conventioneers think Chicago has managed the COVID-19 outbreak about as well as local governments in America’s other top five convention cities — Las Vegas, Orlando, Florida, Atlanta and Dallas. Despite more than 136,000 coronavirus cases and 5,100 deaths in Cook County (as of Wednesday), the survey results suggest that Chicago has maintained its competitive stature nationally as a host city.

A comeback of McCormick Place would have an impact that would extend far beyond its Near South Side campus. Even Chicagoans who’ve never stepped into any of its exhibition halls or meeting rooms, or the ballrooms of its two adjacent hotels or its affiliated Wintrust Arena, have benefited from the out-of-towners who have. Based on economic impact studies by Choose Chicago, the city’s business-promotion council, the MPEA had projected that the greater McCormick Square complex would pump $2 billion into the economy this year; it would also support more than 15,000 full-time jobs and fill an average of almost 4,000 downtown hotel rooms each and every night.

That impact never materialized, of course. Since mid-March, when public activities were largely banned to slow the spread of COVID-19 infections, organizers have called off 150 gatherings at McCormick Place; the no-shows include one of the biggest in the world, the International Manufacturing Technology Show, which had been expected to bring 129,000 people to Chicago last week. The loss of tens of millions of dollars of tax revenue from these mass meetings is one reason the city’s budget deficit has swelled to $800 million this year and, with program cancellations already extending into 2021, could deepen to $1.2 billion next year.

To answer that, we also polled a representative sample of 2,049 American adults online Sept. 14 through 16. Four in 10 said they had attended an in-person trade show, expo, conference or convention prior to the pandemic, with three-quarters saying they had gone to as many as five events in 2019. We then polled these self-identified conventioneers further to get a sense of how quickly they’d be back.

Asked when they’d feel comfortable driving to another city to attend an in-person trade show or convention — and this was without conditions such as having a widely available vaccine — 36% said immediately while 25% said within six months. The numbers drop somewhat when asked about flying to such a mass meeting, to 14% immediately and 26% within six months.

On the other hand, there is a subset who said they are giving up on the in-person assemblies that McCormick Place is known for holding. Nearly 1 in 5 said they would not feel comfortable attending any in-person event under any circumstances if they were permitted now.

I know from my experience in public opinion research, however, that people often swear off activities in the moment only to revert to their old ways as time passes. I also know from this survey and others we’ve done that there’s nothing quite like those face-to-face gatherings when it comes to getting things done. By a margin of 2 to 1, respondents prefer in-person events over virtual events because they’re better for such things as networking, socializing, new product tryouts and business leads.

It’s too late to salvage this year. But barring the unforeseen, our polling indicates the throngs should be back at the trade shows again next year.

Will Johnson is CEO of the Harris Poll, a public opinion research firm.  Chicago Tribune - https://www.chicagotribune.com/opinion/commentary/ct-opinion-coronavirus-mccormick-place-conventions-20200917-352idcjp6zchzccewuxc5ykcqm-story.html 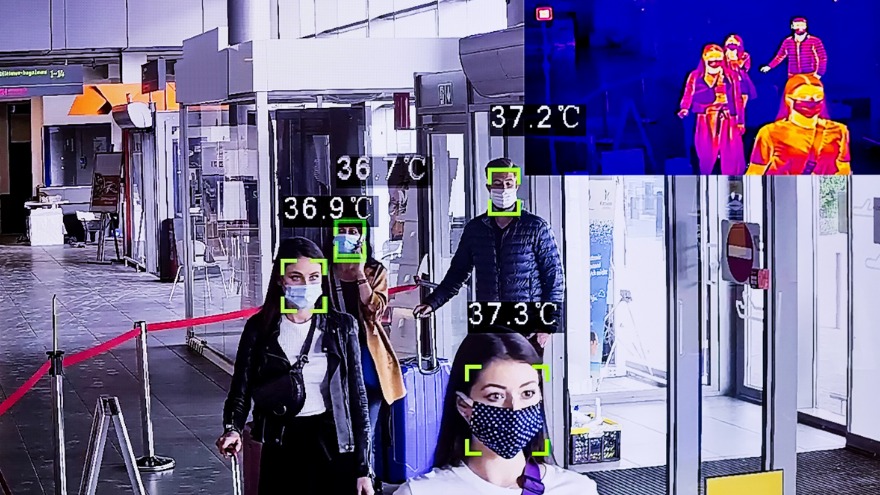 What to Expect from Event Safety in 2021

How Planners Are Hosting Large Meetings In Small Ways