Ways to Use Video to Market Trade Shows

There’s no question – video marketing is here to stay.  So if you’re not using video to educate and inspire attendees and/or exhibitors, you’re missing out on a powerful tool.

Here are just a few statistics to motivate you: 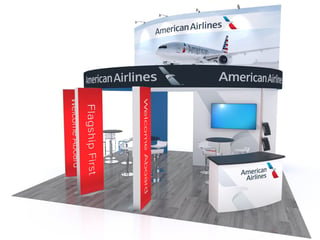 So now that you’re convinced, here are eight ways to start using videos in your marketing (complete with examples).

And by the way … just because all of these examples come from show organizers doesn’t mean that they can’t also be adapted by exhibitors to use in their marketing as well.

1. Create a quick show teaser to generate excitement among attendees.

The key here is to keep it short and fast-moving. Check out these teasers from CONEXPO-CON/AGG (1 minute) and IMTS (30 seconds).

2. Answer FAQs about the show.

What do attendees most want to know? For a show the size of CES (over 2 million square feet), often they need some orientation on how to find their way around. Check out their navigation video on this previous Trade Show Insights post.

3. Offer a “behind the scenes” glimpse of what goes into setting up the show.

Curiosity is a great motivator. And because attendees are curious about how the magic happens at a trade show, you can maximize that by giving them a sneak peek at what’s coming or how you create a special feature area on the show floor. That’s exactly what the Golf Industry Show did by sharing how they construct the “Inside the Ropes” area.

Another idea for a behind-the-scenes video is to record a timelapse of the entire show setup like the International Health, Racquet and Sportsclub Association (IHRSA) did – you can watch that in this previous TSI post.

4. Reach potential exhibitors and/or sponsors with a recruiting video.

This video combines show highlights and testimonials from excited exhibitors or attendees, creating a “you’ve just got to be here” feeling. Here’s an example of an exhibitor recruiting video I coordinated for one of my clients, the American Academy of Pediatrics. (Want a video like this of your own? Let’s talk!)

5. Showcase places for attendees to check out in the host city.

IMTS didn’t stop at just one video for this. The Around Chicago 2016 series featured IMTS staff members visiting famous landmarks, restaurants, and more. You can view their entire Around Chicago playlist here.

6. Live segments from around the show floor.

This type of video is typically spontaneous and unscripted. It usually features a host (either a staff member or a hired TV professional) roaming the show to showcase various exhibitors and special features. It can also include “man/woman on the street” interviews with attendees. Here’s a two-minute clip from CONEXPO-CON/AGG 2017 (which originally aired on Facebook Live).

7. Interviews with exhibitors, sponsors or speakers.

These can either be live at the show or recorded ahead of time to use as teasers. Here’s an example of an in-booth exhibitor interview from the Professional MotorSport World Expo. (Note the joint branding in the lower-third, crediting both the show and the exhibitor.)

This is perhaps the most common type of trade show video currently used. After gathering all that footage over the span of your show, why not put it to use as not only a reminder for those who were there, but also an invitation to others to attend next year. The SEMA Show did this with a highlights video of one of their most popular activities: the SEMA Cruise. This wrap-party features a parade of 1500 custom vehicles. Talk about getting your audience revved up!

Are these the only ways to use video for trade show marketing? Of course not! The possibilities are limited only by your imagination (and maybe your budget). And there are a myriad of tools you can use to create these videos … but that’s a subject for another post.

But no matter what platform you use to create them remember to always repurpose your videos. Post them on your website or blog, Facebook fan page, YouTube channel, LinkedIn, and wherever else makes sense to reach your audience.

With experiences as both an exhibitor and a show organizer, Marlys Arnold has a unique perspective on trade show exhibiting. As an exhibit marketing strategist, she travels the country consulting and training on how to create experiential exhibits that produce significantly higher numbers of qualified leads. She’s led workshops for events ranging from local consumer expos to some of the largest trade shows in the U.S. She hosts the Trade Show Insights blog/podcast, and is the author of Build a Better Trade Show Image, the Exhibitor Education Manifesto, and the ExhibitorEd Success System. Exhibit Design That Works (the first book in the YES: Your Exhibit Success series) debuted in July 2017. She’s also the founder of the Exhibit Marketers Café, an online education community.