How to Get People to Actually Listen to You

By now, you may have heard of a musical called Hamilton.  In you haven’t, here’s a rundown: Since its Broadway debut in August 2015, people can't get enough of it. They're paying upwards of $500 for crappy seats, and close to $3,000 for good ones. It won a Pulitzer, a Grammy and 11 Tony Awards. Its composer and original star, Lin-Manuel Miranda, is now a celebrity.  In other words: People are listening to this stuff.  Seeing the way Hamilton captivated such massive audiences -- in less than a year -- fascinates me. How the heck did this thing blow up?

Watching the progress and near-instant success of Hamilton is really a lesson in why people listen -- not just to a hit musical, but to a person, a podcast, or anything, really. A lot can be learned by looking into those reasons, especially for marketers. To what and whom do people listen? Why? And how can we get them to listen to us?

To answer those questions, we did some research on the listening process, our motivations for listening, and more.

To listen, according to Merriam-Webster, is “to hear what someone has said and understand that it is serious, important, or true.”

Listening helps us to satisfy different physiological goals. We listen to alter our moods, stay alert, and figure stuff out. In humans, that’s been the case for pretty much as long as we’ve been in existence.

The listening process starts when we receive auditory stimuli. Then, our brains have to interpret that stimulus. That's enhanced by other senses -- like sight -- which help us better interpret what we're hearing.

Then, once we receive and interpret auditory signals, we follow a series of steps that consist of recalling, evaluating, and responding to the information we consume: 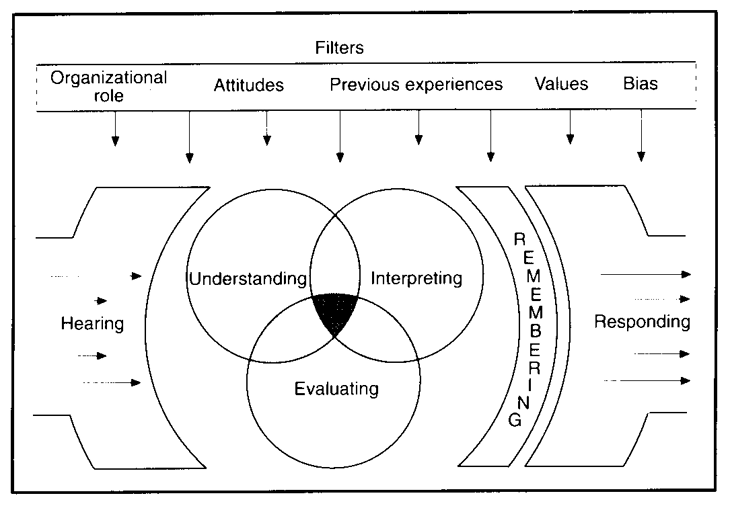 It’s that third step in the entire process -- recalling -- that might be the most important one for marketers. Numerous studies have discovered how listening triggers a widespread network of activity throughout the entire brain. That activity is what so strongly links auditory stimuli to memory.

That’s particularly true of music: Research has revealed a partial restoration of memory in Alzheimer’s patients upon hearing their favorite music. In other words, we know that listening heavily correlates with memory, which helps explain the major success of something like Hamilton -- it’s a musical theater production, which really epitomizes the intersection of auditory and visual stimuli. 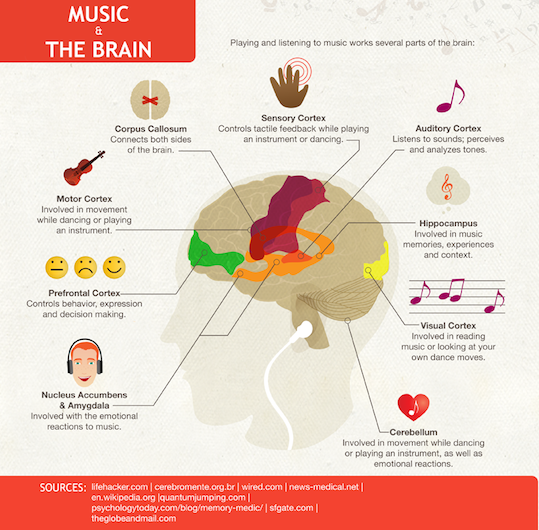 When people talk it up, they’re actually sharing a story about their memories of seeing it. And no matter what happens to our attention spans, we still seem to love a good story.

That comes back around to what we do as marketers, really. We share the stories of and about our brands in a way that will get people to -- you guessed it -- listen.

The Art of Getting People to Listen

Earlier this year, my colleague, Lindsay Kolowich, put together a post on how to make a speech memorable. The infographic touched on a few guidelines that can be applied to, well, pretty much anything that you want someone to listen to:

Aha! Your audience -- remember them? Knowing your audience is going to help you create the content they want to listen to, but that also requires an understanding of their motivations for listening.

And in a modern context, our motivation to listen runs a bit deeper, especially when it’s something we don’t have to hear. We’re not listening in survival mode as much as we did in infancy or ancient times -- we now have the luxury of electing to listen to most things.

So let’s explore some generally understood, non-survival motivations for listening these days. I’ll use our old friend Hamilton to put those things in context -- it shows how people’s reasons for listening have been successfully put into practice.

4 Motivations for Listening (and How to Tap Into Them)

1) They’re familiar with the person or the work.

Hamilton’s earliest audiences may have tuned in because they knew about Miranda’s previous work. Perhaps they were fans of In the Heights, or had seen one of his smaller performances. Either way, it got them to come back and listen to him again.

Some people think of that as the mere-exposure effect: A psychological principle that states we prefer the things that are familiar to us.

Key takeaway: When you’re trying to figure out how to get someone to listen to you, start by tapping the folks who already know you -- the ones whose attention you already have. At HubSpot, we call those folks evangelists: The people who advocate for your brand. If you want to expand your reach, it’s important to know who your evangelists are, and how to keep them motivated (which you can learn more about here).

2) They share values with what or whom they’re listening to.

Even if someone wasn’t familiar with Miranda’s work, if they had the basic context of Hamilton -- a hip-hop musical about a historical figure -- that might have been enough to get them to listen. Maybe that person just likes hip-hop. Or musicals. Or history.

When you isolate the different components of what you’re trying to market, that gives you more options to pique people’s interests. I’ll use myself as an example -- while I’m the type of person for whom The History Channel quickly cures insomnia, I will jump at the chance to listen to some great rap music. Therefore: A rap about history? Okay, I’ll bite.

Key takeaway: Break your message or story down into different elements that people might actually want to listen to. That can help to draw in a diversified audience, by pitching these different pieces to the people who like them the most.

3) Someone told them to.

I have to wonder how many people bought tickets to see Hamilton, or even first listened to its soundtrack, because so many people recommended it. We call that social proof: the theory that people will adopt the beliefs or actions of a group of people they like or trust.

See that? "Stories." "Emotion." "Social." Those are the qualities that get people to keep listening, and get the people who they share it with to listen, too.

Key takeaway: Give your current audience the right incentive to listen and share. illustrate your message through an emotional story. Teach people something they'll want to pass on to their coworkers or friends. In short: Position your message in a way that makes it hard not to end up telling someone else about it.

4) They think that what they’re listening to will be good.

And while you can’t please everyone, you can do your best to make sure that you’re giving them something of quality. Remember -- make it informative and interesting, but also make it true to yourself and your brand.

After all, that worked for Lin-Manuel Miranda. He took the things that fascinated him -- musical composition, hip hop, and the life of Alexander Hamilton -- and turned it into a phenomenon that actually got and held people's attention.

Key takeaway: Find out what matters to you, and use what we've covered here today to make it matter to others.

Amazing things happen when people listen. Now, you have the tools to get them there.