How to Be Persistent in Sales Without Annoying Your Prospects

So you've done the preliminary research on a prospect and it looks like you could really help their company. Next step? Get them on the phone. 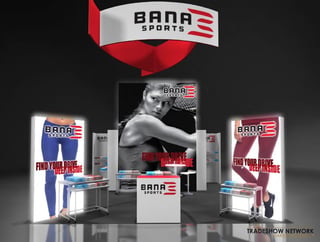 There will be times when you connect with them on your first try. More often than not, however, you have to try very hard to stand out from the rest of the people interrupting their day. How do you break through inbox clutter and the black-hole that is voicemail? And how do you toe that fine line between persistence and harassment?

Before you reach out to a prospect, have a goal in mind. You want to connect with the right person, add value from the start, and begin to understand the prospect’s challenges and goals.

Keep this in mind as you decide how to present yourself, prepare questions to ask, and think through information you want to share. Now, here's how you can toe that fine line between persistence and harassment.

1) Decide Between Email and Phone Communication

Whether you choose to first reach out to a prospect via email or the phone is up to you and your sales organization. Some salespeople start with an email; others prefer to just get on the line and talk. There are pros and cons to both approaches. Let's start with the "shooting over an email" approach, though.

Email is visual, allowing time for a prospect to think through what you’re saying. It can be bookmarked, tied to a label like “follow up later,” and forwarded along if the prospect feels like someone else in the company would be a better fit to talk to you.

But think about the number of emails you get in your inbox each day. How many of those do you actually read? Any messages from someone you can't immediately identify is probably going to get a quick subject-line glance followed by a trip either to the archives, or the trash. Chances are that you're not going to get a response from your first email -- inbox clutter is all too common, so be ready to send multiple emails if you use this approach.

Picking Up the Phone

A call can grab a prospect’s ear more quickly and immediately establish you as a human, versus a spam-bot. If you're comfortable jumping to a phone conversation, you could get to the coveted connect stage sooner, and get a follow-up call on the books.

However, you should also always be prepared to leave a voicemail -- your prospect won’t be near his or her phone at all times. And even if you do leave a voicemail, it doesn't mean it'll be heard, or receive a response. Often, voicemails go in one ear and out the other. This is, of course, the downside to the phone method of communication.

The best solution to getting in touch with your prospects, then, is to use phone and email as a complement to one another. One popular method (if you're looking for one) is Jeff Hoffman's BASHO Sequence -- it follows a series of four voicemail/email touches, starting with introductory, to persistent, and then, if the prospect hasn't responded after the first three attempts, to a break-up.

2) It's Time to Grab a Prospect's Attention

Whether you choose email or phone, your message should be concise and attention grabbing -- with something that's tailored to what they actually need. Try to get three components in every message:

So if you're on a sales team at, say, a content creation agency, your sales team might open with:

“I noticed you’ve been posting a lot of great content to your blog. I also see that you downloaded our ebook on lead generation, but don't have any calls-to-action on those great blog posts of yours. Would you be interested in discussing how you could increase leads from your blog by doing it a bit differently? I have times available at 8 a.m. and 1:30 p.m. tomorrow, or 9 a.m. or 3 p.m. on Friday.”

In a few sentences, you’ve let a prospect know that you’ve done your homework, that you have something of value that can help with a problem he or she is facing, and that your intention is to not talk at them but rather, start a conversation with them.

Then, immediately follow up with an email letting the prospect know that you left them a message, what it was about, and an open-ended question to encourage further conversation. Be personable. Avoid mentioning what you’re trying to sell -- it’s about the prospect, and nothing will turn him or her off faster than leaving a sales-pitch in the inbox or voicemail.

If you don’t get a response from your first voicemail/email combo, wait at least 48 hours and reach out again, this time repositioning the value you're offering slightly differently.

Start with a quick reminder that you reached out before, mentioned that you had checked out their company's ebook/recent blog post/new product, and had suggestions for helping them better achieve their goals. End the message with another open invitation to connect.

Still no response? Wait another 48 hours and then reach out again. The third message should reiterate that you've tried twice before (but not in an irritated tone, of course), and offer a bit more information. Let the prospect know you've been trying to reach them, and outline the value you could provide in a bit more detail. In your follow-up email, send one or two relevant materials from your own company's content, such as a long-form content resource or recent blog article that addresses a challenge that you think they might be experiencing. Make it clear that you're available to speak about their goals and that you have expertise in specific areas that matter to them.

4) Know When It's Time to Break Up

After the third attempt, you may want to consider sending a “break-up” email. You're letting the prospect know that you've tried to get in touch with them, and that since this might not be the best time to connect for them, you don't want to bother them if there's no fit.

In other words, use the break-up email as a way to remind the prospect one last time that you've been trying to get in touch. Ironically, this is the email that gets the highest response rate for many of the sales people I spoke to when researching this post.

Prospects are busy and they often do want to talk to you -- they were just busy when they read your initial emails and listened to your voicemails. But, those messages left a positive impression and they are interested in speaking with you about how you can help them. They were relying on you, like every other salesperson, to keep trying to get in front of them.

5) Remember, There Are Other Ways to Connect With Prospects!

Phone and email are often the default methods for connection with new prospects -- they're direct, and they work. But there are other ways to get in touch with prospects that allow you to be persistent, yet still unworried about crossing over into being too persistent. Here's what you can consider if you're interested in pursuing some other tactics:

There are several ways you can get into the peripheral vision of a prospect if he or she isn't responding to your voicemails and emails. Interacting on social media also allows salespeople to build up little bits of rapport to nudge a prospect towards speaking with you.

Sometimes, you'll never get a prospect to pick up the phone or respond to email. They might not be social media users, either. Many salespeople do generate big business based on referrals. When working target accounts, smart salespeople are willing to talk to anyone to find out about the goals, challenges, and priorities of those accounts. Talking to that company's salespeople is often the best way to learn about how the internal company works -- they're easier to reach, and often open books about how their organization works, who does what, and who doesn't do a very good job. Often, salespeople have a lot of influence in an organization, too, so a referral or introduction from them is often well received when it's made.

Work the company, not the prospect.

Depending on how complex your sale is, multiple people at your target account might be involved in the buying decision. Reaching out to all of the influencers and decision makers involved through prospecting not only increases your connect rate with a target account; it also increases your eventual close rate.

In Sharon Drew Morgan's book Dirty Little Secrets: Why Buyers Can't Buy and Sellers Can't Sell, she talks about the importance of understanding the change management processes required before sales can happen, and how to become the facilitator of that process right from the first conversation. Before you can start that process, you must map out your target account's org chart and attempt to connect by prospecting multiple stakeholders. The more relationships you can build, the better chances you have of connecting and helping them understand how you can help them.

Stay unemotional. It's a numbers game.

There's a whole slew of reasons why salespeople aren't able to connect to prospects. Some prospects are eager to talk; some will never pick up the phone. Salespeople often give up too soon or blow their chances of connecting by not taking the right approach. Some salespeople also have a serious fear of rejection which makes it hard for them to just pick up the phone over and over again. Regardless, it's the salesperson's responsibility to be pleasantly persistent with the right number of prospects.

Reach out, and make it clear that you are here to provide value. And also understand when to back off. Most importantly, pick up the phone enough times to call enough prospects. Every salesperson has a quota -- work backwards to figure out how many prospects you need to call in order to hit that quota. Do the math. Calculate the number of connects you need to close a sale, and then multiple that by the number of sales you need to make. 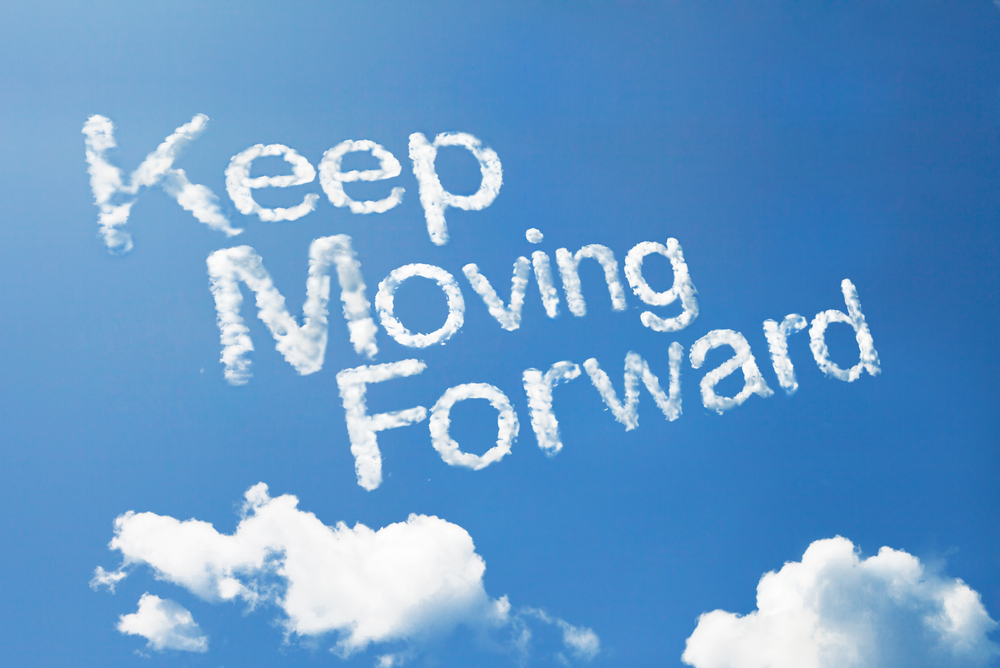 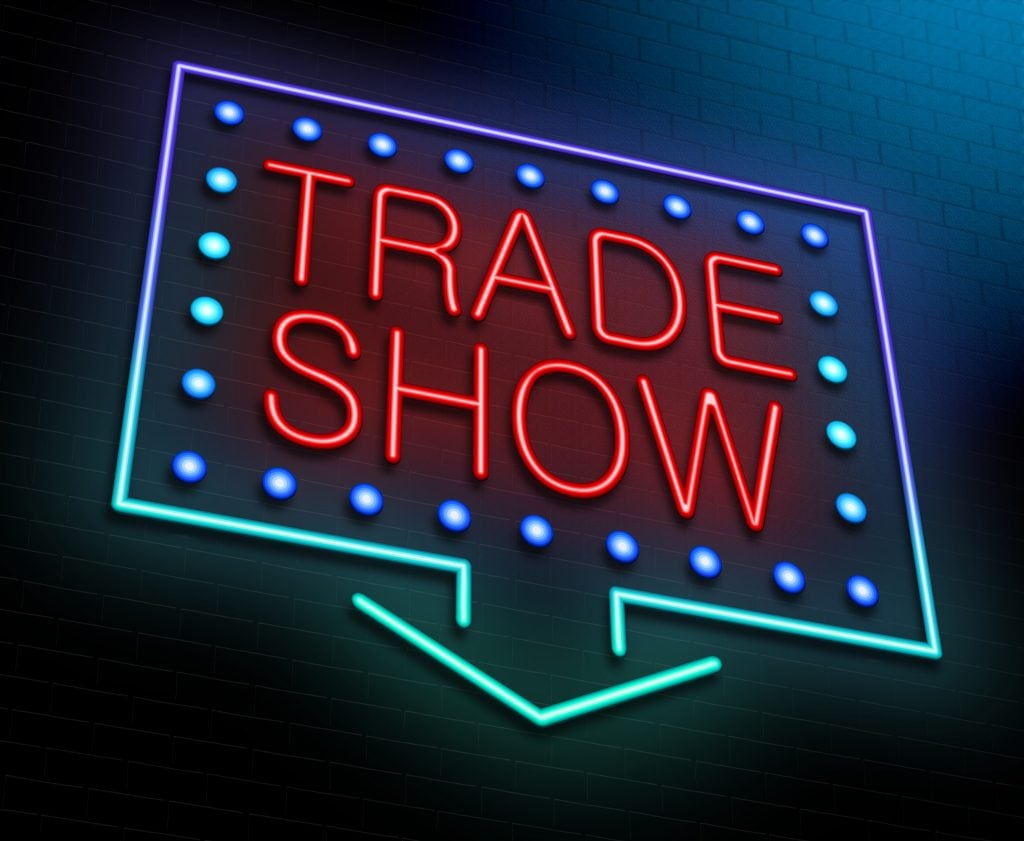