5 Questions That Will Make Your Final Close Happen Naturally

From their first conversation to the close, a strong salesperson consistently asks her prospect for small closes. Getting incremental commitments from the buyer trains them to say “yes” and indicates how invested they are in the relationship. These closes also accelerate the deal, since they help you hit significant milestones more quickly. I’ve found waiting until the last stages of the sales process to make a request can significantly damage your chances of winning the deal. There are two obstacles stopping reps from using the incremental closing technique. 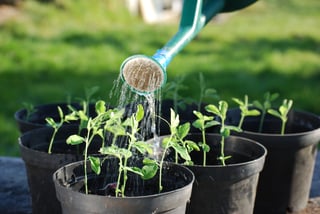 First, many are afraid of what will happen if their prospect says no. As counterintuitive as it seems, rejected requests can be beneficial. Reacting with maturity and grace will make you seem confident, self-possessed, and in-control -- characteristics which raise your social value, or the value an individual believes you provide to them. When a buyer turns down your ask, simply say, “Okay,” and move on to a different topic.  The second obstacle? Not knowing what to ask for in a close. If that’s the case for you, here are my five favorite closes for every stage of the sales process.

After the First Significant Conversation

There are several things I commonly close for at the end of my first meaningful dialogue with a buyer. (“Meaningful dialogue” could mean a five-minute call, as long as the prospect is highly engaged and seems interested in moving forward.)

If you’re speaking with a potential customer on his work phone, ask for his cell number. Deals tend to move faster when you have this number: The fact he’s given it to you shows he’s a serious buyer, and he’s also more accessible. This request can also weed out the prospects who aren’t actually interested.

I also suggest asking prospects for their appetite for change. Ask something along the lines of, “How willing are you to buy, with one being ‘Never talk to me again,’ and four being ‘I want to buy in the next hour'?”

Extreme definitions are useful because they lead most customers to respond with a two or three rating. Once a prospect has self-identified as moderately to seriously interested, they’re usually more eager to work with you.

3) “Does whomever you’re collaborating with know you’re talking to me right now?”

The last close I’ll make during the exploratory process concerns the other decision maker or makers. Most buyers give vague answers when you ask, “Who else is involved in this decision?” They’ll reply without specifics: “My boss,” “My colleague,” “a buying committee,”and so on.

It’s a mistake to ask for their names. Now you’re chasing the stakeholders. Instead, ask, “Does whomever you’re collaborating with know you’re talking to me right now?”

4) “Will you be my champion? Before you answer, that means: Will you work as hard as [rep’s company] to find a place for [product] as I’ll work to get you the best [package/option/price]? If the deal gets stuck, will you unstick it for me?”

After you’ve spent some time with your point of contact and established a strong relationship, consider asking them to be your champion.

Always define “champion” so you and your prospect have the same expectations. For the same reason, you should steer clear of meaningless, soft questions such as, “Will you be my go-to person on this account?” When you want something from the buyer, picking the right language is essential.

5) “If I send the proposal today, can you return it to me by [six days from today]?”

I advise salespeople to ask buyers to sign a contract within six days of sending it over. The vast majority of the time, prospects say that’s not enough time.

At this point, reps have two options: Change their request, or change the deadline. You should always opt for the latter.

This strategy ensures your prospect will make progress on getting the agreement signed within the near future, even though you won’t get the signature itself.

Take a look at this sample dialogue:

Rep: “If I send over the proposal right now, could you return it to me by Tuesday?”

Prospect: “No way, the committee still needs to red-ink it.”

Rep: “Okay, what about if you sent me a preliminary list of your comments on Tuesday instead?”

Prospect: “That would work.”

Adjusting the finish line rather than the  ask  lets you maintain control of the deal.

Use these five questions to close throughout the sales conversation. Your final close will happen naturally.